Last week i went to Arcadia,CA, just 1 hour East of Los Angeles, LAX airport. Galileo's HQ and its recently established US assembly palnt is located here. Over the last three weeks Galileo has been working on assembling the first two Virtual Pipelines. When i arrived, the set was already out in the parking lot ready to be loaded. It was an impressive sight. I spoke to Pete Grandoli, the Operations Manager at Galileo USA. I was curious to know how they were able to move the equipment out of the warehouse into the parking lot considering that 2 MATs and the frame weigh approx. 37,000 lbs.. He proudly showed me his discovery, some very compact rollers, made in Germany, that allowed him to move the MATs out of the warehouse very easily. Last Friday was one of those days everybody in LA will remember for the major weather conditions with torrential rain and flash flood warnings. In the morning, a 90 ton crane arrived at Galileo's parking lot. The MATs were loaded rapidly on the flat bed and off they went to MFS HQ in West Nyack, NY. They will arrive on December 17. Soon you will see the first Galileo Virtual Pipeline around New York when MFS will start delivering CNG to its major customers owning CNG powered fleets. 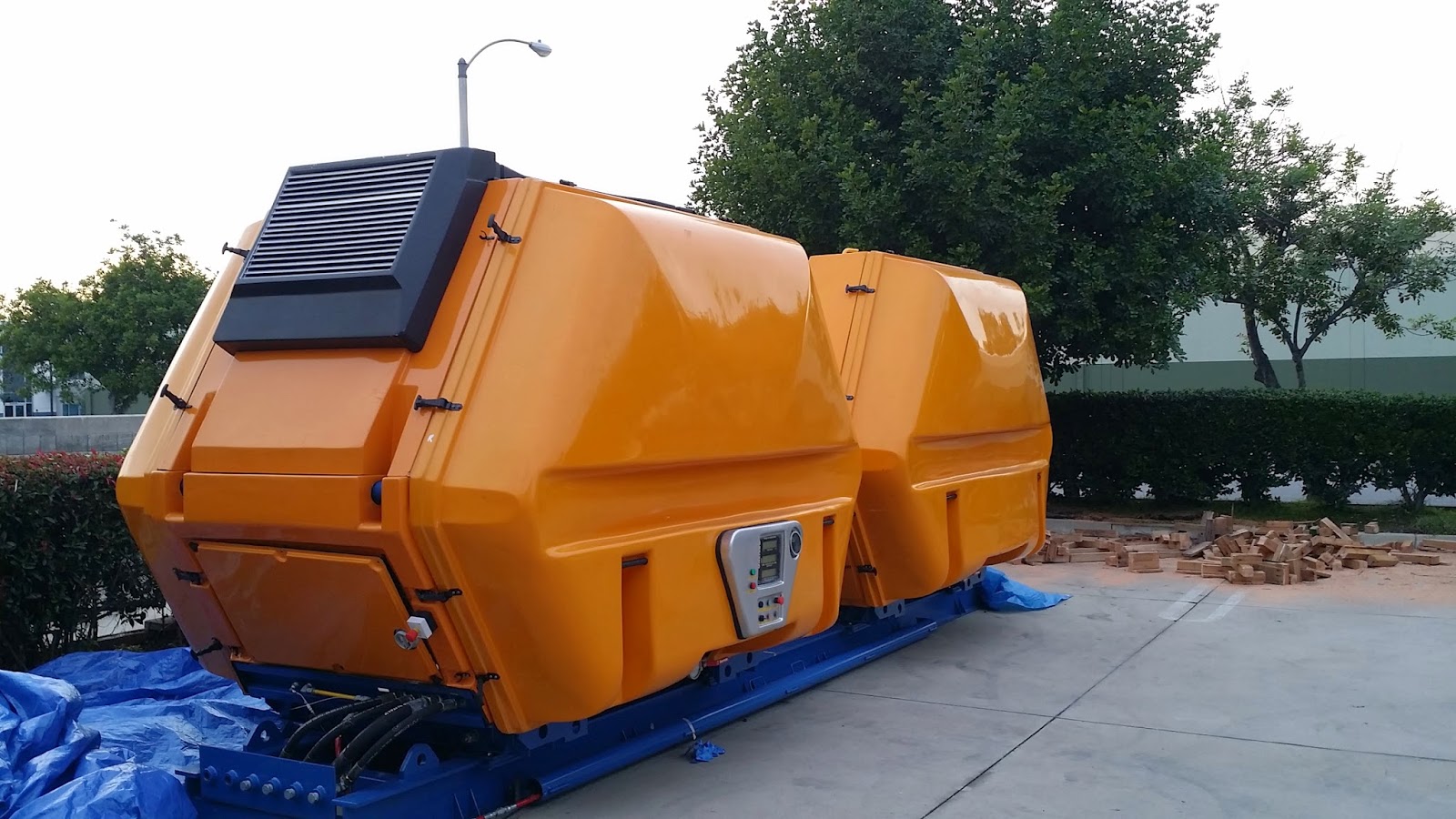 MAT-B and MAT on the VST2 Frame 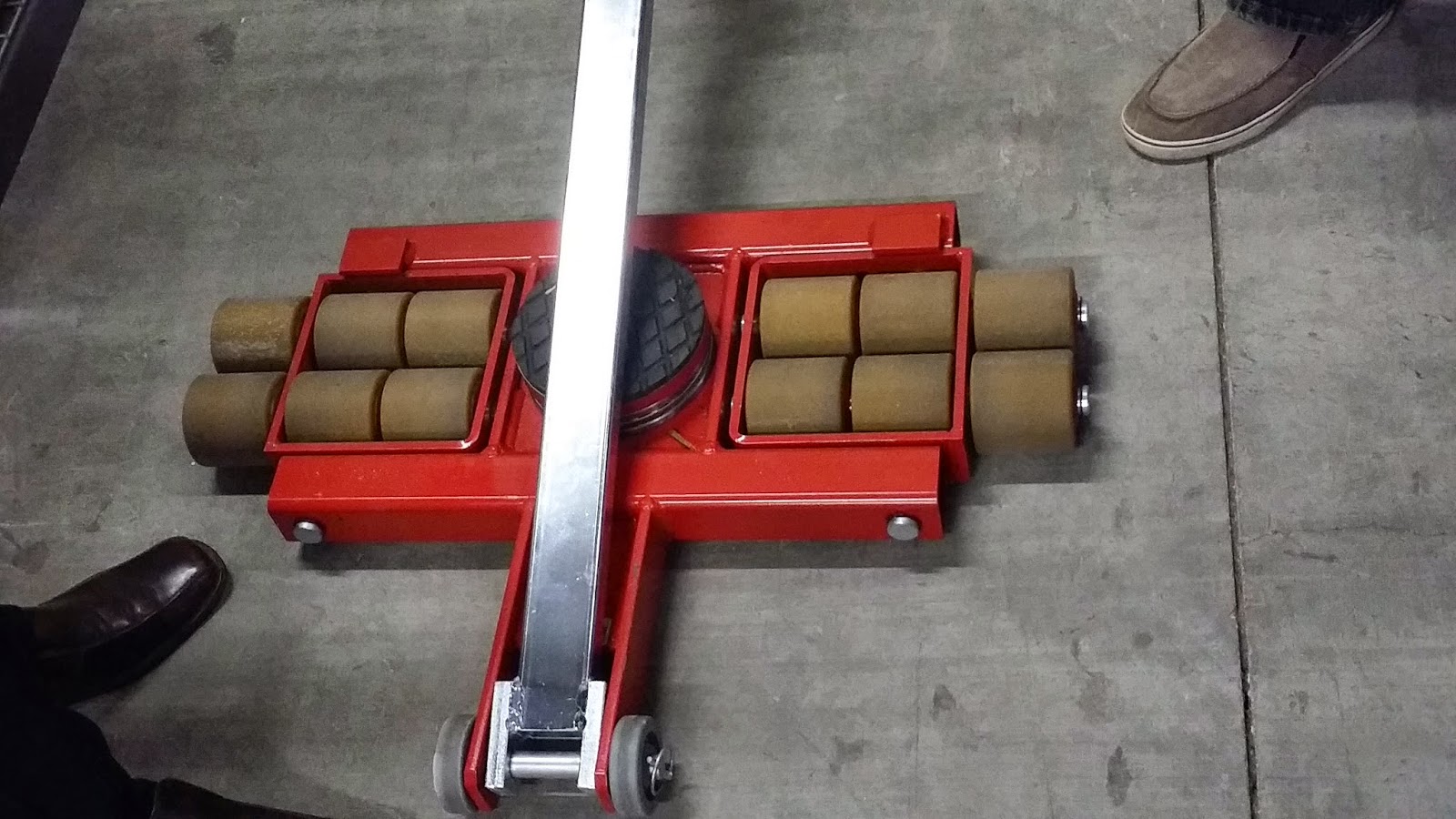 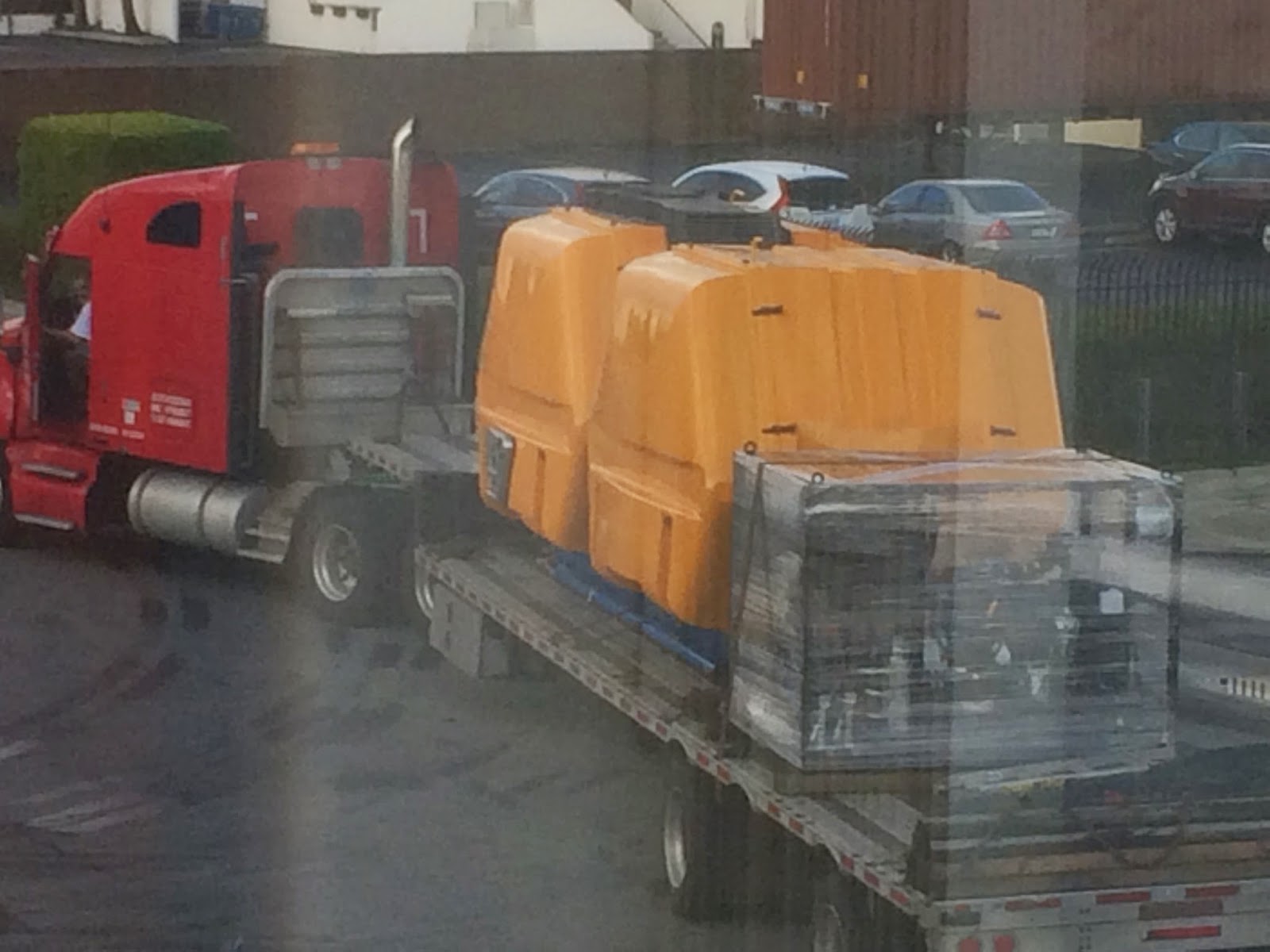 Gas flaring in the oil fields has become a challenge and the new EPA regulations require a solution which we call  "Flaring Mitigation".
We have a solution for this with our Galileo Cryobox.
All we need to know is what is the specific use of the gas and we will design the appropriate solution.

Power Generation
We take the gas from well head we remove the water content with a dryer and we bring down the content of CO2 and N.

Transportation Fuel
Besides removing the content necessary for power generation, we also extract the NGLs which will be available for further use. 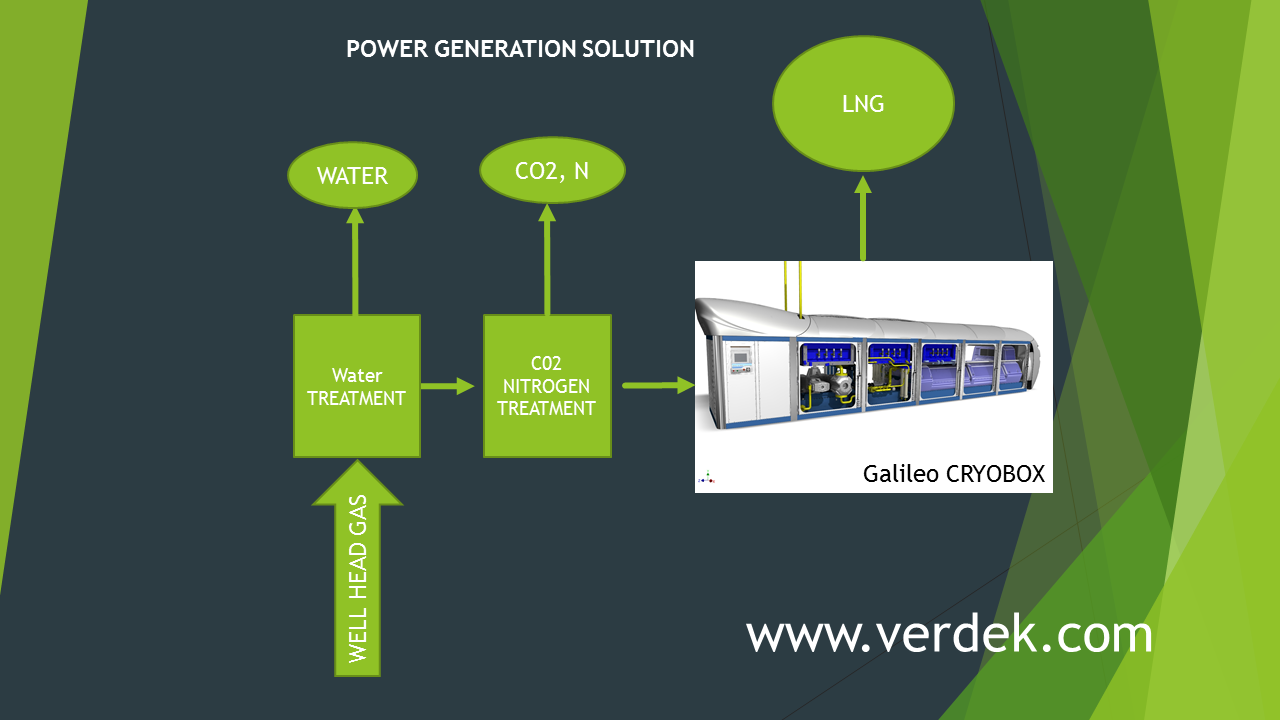 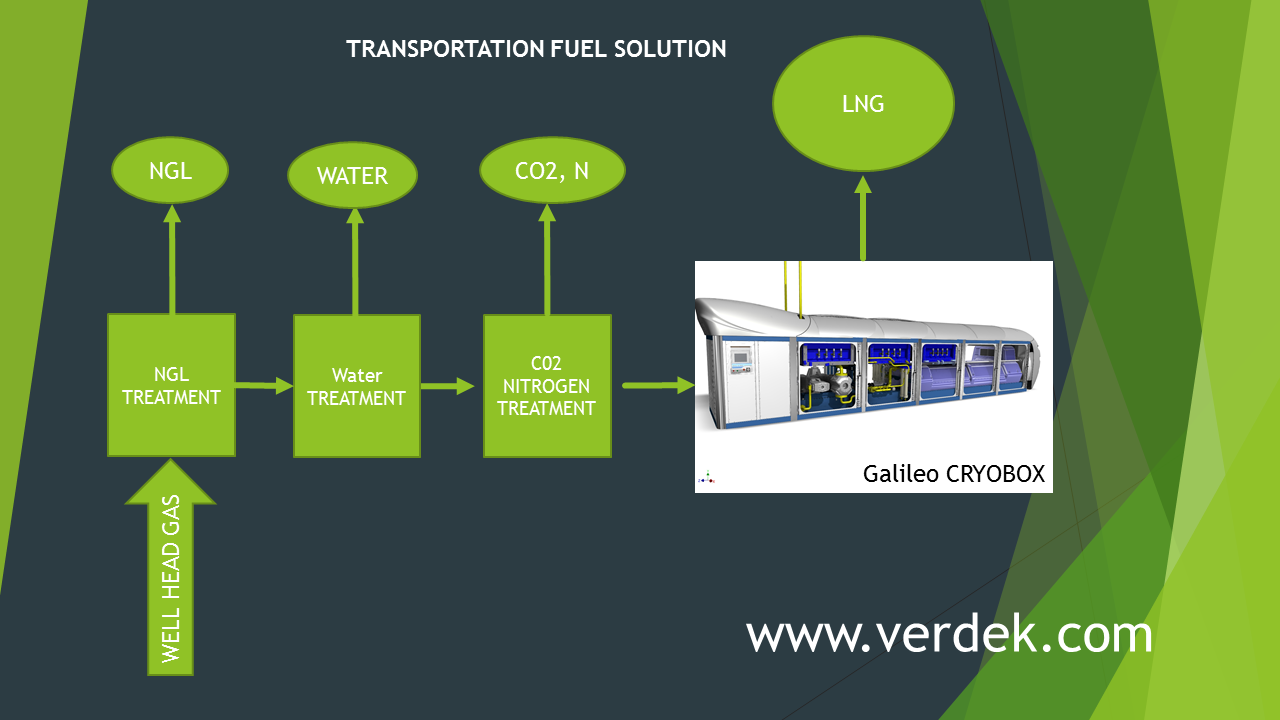 For more information contact us at info@verdek.com or find more at Cryobox
Posted by Guy Mannino at 2:36 PM No comments: