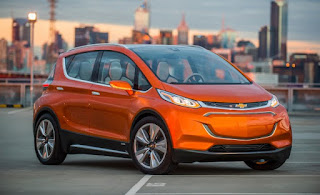 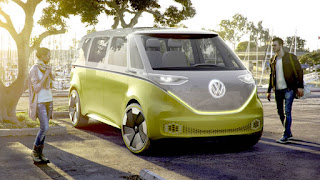 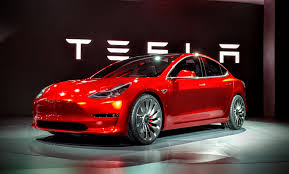 The 2017 edition of the North American International Auto Show did not feature extraordinary new concepts. Many brands either didn't show up or didn't have formal press events (Porsche, Tesla, Fiat Chrysler, Land Rover, Jaguar, Mini and Mitsubishi among them). This show is too close to the LA Auto show and Detroit in January might not be the best place to go. Perhaps the VW ID Buzz concept is the most glamorous for the EV industry. The upgrade of classic VW Microbus of the '50s and '60s looks very cool. It's an electric vehicle with twin motors: one front, one rear. The VW ID BUZZ has a very modern design and it could be a hit if VW will ever build it.
Posted by Guy Mannino at 1:45 PM